“Everything is focused on improving tenant’s lives. It’s not meeting just to meet.” 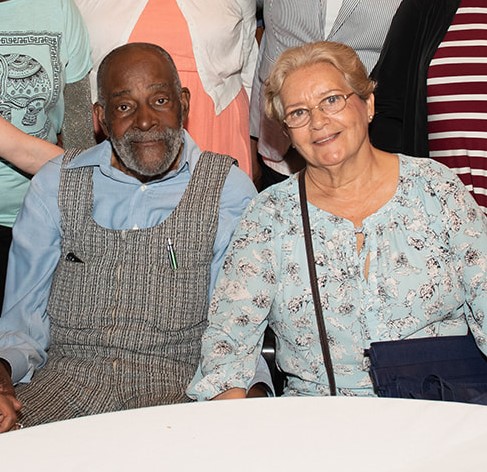 “Creative”, “active”, and “a little bit crazy” are all words that Sonia Andujar says her family and friends would use to describe her.  A Cambridge public housing resident since 1992, Sonia came to the US from Puerto Rico at the age of 13. While living in the South End as a teenager, she got involved with Inquilinos Boricuas en Acción (IBA) and met Mel King through her work there.  She first got involved with the Public Housing Training Program (PHTP) in 2018 after finding the Mel King Institute on the internet.  Sonia graduated from PHTP and has since become a trainer for the program herself.

Instead of giving us just one, she gave us five! To Sonia, the program’s major contributions include:

What are some challenges and successes involved with resident organizing?

Although resident organizing is quite challenging, with obstacles like technology issues, internalized shame around public housing, and fear of management retaliation, sometimes the smallest changes are the biggest successes.

Another rewarding aspect of the program for Sonia is helping residents to get up and speak. According to Sonia, the PHTP program encourages residents to become leaders, and the program also shows that everyone has something to share.  While some residents want to step up and becoming meeting facilitators, others would like to stay behind after meetings and help clean up.  Everyone can contribute and share their strengths.

What do you want to share with the world about PHTP?

Sonia wants people to know the large number of resources available to residents in public housing.  She is passionate about getting more people involved in resident organizing and becoming part of the PHTP community.

“I wish other tenants to know that this is a friendly crowd, that trainings are nonjudgmental, that we try to be transparent, and that everyone is welcome.”