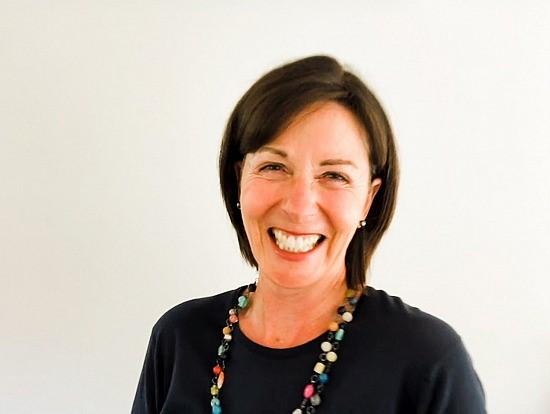 Laurie Hunt is no stranger to leadership development and professional mentoring across social identities. She began her career in a corporate role, coordinating a program to move women in middle management into executive positions through an internal global mentoring program. She then earned her Masters in Gender and Cultural studies, where she completed a thesis on identifying the gaps contributing to lack of diversity in many corporate executive roles. Through these experiences, she realized that to improve diversity in leadership, organizations needed training and preparation to directly address the race, gender, age, and many other identity gaps between leadership and aspirational leaders. She realized the power and potential of mentoring relationships once people were able to connect below the surface with different aspects of their identities, including the various roles they hold in their lives such as parent, volunteer or professional. Mentoring partnerships have the power to positively impact both the mentor and the mentee, thereby rippling out to the rest of the organization’s functioning.

Laurie started working with the Mel King Institute when she first helped our director Shirronda Almeida create the Community Development Mentoring Program. Originally just six pairs of mentors and mentees, the program has continued over nine iterations.  Laurie and Shirronda proved to be a great working pair, combining Laurie’s expertise in leadership development with Shirronda’s in community development.  As they joke, they “mentored each other.” When the pandemic forced programs to go online, the mentoring program already had a strong foundation from having moved orientation preparation work online. Laurie had created pre-work of five online modules and exercises to be completed before orientation, so when orientation itself moved online they could transition smoothly into relationship building between the pairs.

Laurie’s favorite part about contributing to the mentoring program is hearing the impacts of the relationships built during the tenure of the program. Whether it be past mentors and mentees becoming present colleagues or personal friends, this kind of genuine relationship building can make a big difference in people’s lives.

For Laurie, mentoring doesn’t have to be hierarchical in nature. The basis of healthy mentoring relationships is mutual, reciprocal respect and knowledge sharing. In her words,

“We grow and development as human beings in relationship. Our brains are hardwired to connect. And when we can have that kind of supportive, trusting relationship with someone who’s gone before us that we can learn from…to feel seen, to feel heard, to feel valued. That can be huge.”

Particularly when looking to develop leaders of color, risks may seem greater, and having someone to support an individual through risk taking can make all the difference. As she puts it, her advice for those considering their own career in community development is:

And finally, reach out to mentor other people too! Everybody knows something someone else wants to learn. Having focused the majority of her career on developing diverse and strong leadership, she continues to look forward for opportunities to connect and learn from the people around her.

There are plenty of opportunities to get involved in your professional development with the Mel King Institute. Check out the Resident Leadership Academy and Certificate Cohort program, and stay up to date by signing up for our newsletter HERE.