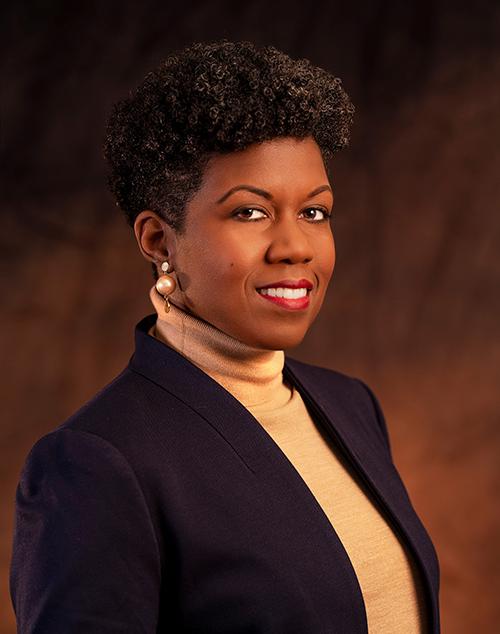 Maria Fernandes-Dominique brings an array of valuable experiences from a variety of mission-driven organizations to her work with the Mel King Institute. She is a self-described community development practitioner with an impressive background, having held roles at NeighborWorks America, the Boston Bar Association, Boston Children’s Hospital, and now Blue Cross Blue Shield of Massachusetts.  In each of these roles, she has served as a community ambassador or liaison and has always approached these roles with a racial equity lens.

Maria recognizes that being the community liaison also comes with its own conflicts.  She’s been confronted at different times by each side of the relationship, having been called a “token black person” by community individuals, or challenged around if the community had been well informed by the organization.  This conflict has contributed to Maria growing professionally to prioritize the community’s interests in her roles.  This values-based mentality translates well to the Mel King Institute’s resident leadership development work.

Maria has worked with MKI in a number of capacities. First, she served on both the Alliance for Racial Equity and the MKI steering committees. Starting in 2018, Maria was recruited to train with the Public Housing Training Program (PHTP) (now known as the Resident Leadership Academy).  Since then, she has been integral to the program in her consulting role, working to fundraise, evolve curriculum, train future trainers, and strategize about program expansion.  Maria has loved being able to see the process of empowerment and growth over the last three years working with PHTP.

“I am so honored and privileged to have seen the program grow and develop under Sarah’s leadership and to be given the opportunity to help that development,” Maria said.

As many in the community development field know, social problems do not operate in siloes. Housing and economic development and racial equity all affect each other, and tackling these problems requires a holistic lens. Maria’s work with Blue Cross Blue Shield informs her work with PHTP, such as exploring potential collaborations with MACDC’s health equity work or applying principles of health justice to the resident leader curriculum. These kinds of synergies highlight the importance of thoughtful community development work and especially the work of empowering the community in that decision making.

As for the future, Maria is motivated by all the possibilities to bring leadership development to more residents in public housing and beyond.

In her words, “[PHTP] started small and housing authority focused, and now we’re expanding to CDCs. That’s super exciting…to grow this network of resident leaders that have so much capacity to be a part of that.”

Join us for the Resident Leadership Academy Launch on September 23rd at 10:00 am EST! Register HERE.