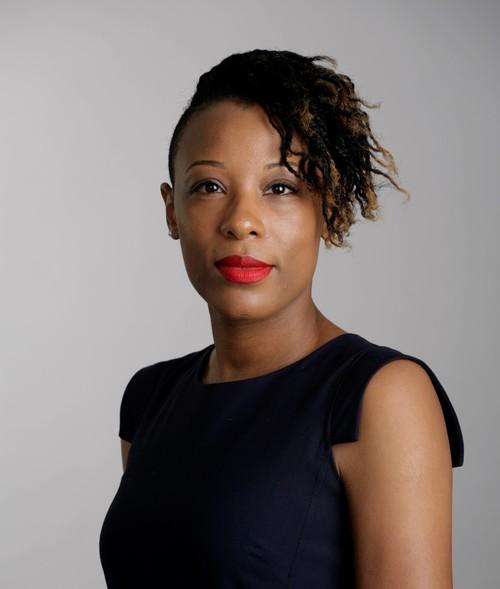 Role: Director of Strategy and Development

Over the course of such an unprecedented year, Kimberly Lyle was quick to apply the many skills she acquired from her many previous positions. After having leadership roles in program management and administration in higher education, as well as a leadership role at a startup where strategic planning was key, she understood the power of collaboration and communication to bring together individuals and communities. As the COVID-19 Pandemic disrupted much of the regular operations of Dorchester Bay Economic Development Corporation, the Resident Services Team found themselves suddenly scrambling to give their community the accurate information they needed. As a truly collaborative effort across the whole organization, the Resident Services Team made sure to get that information out accurately to the whole community. As Director of Strategy and Development, she found herself at the forefront of the organization's communication and marketing strategies, constantly highlighting the combined efforts to help the neighborhood.

“The importance of collaboration in community-based work is far more significant than in other types of sectors,” Kimberly said.

Through opportunities provided by the Mel King Institute, Kimberly was able to convert her strategies for success gained in the private sector to the nonprofit world. According to Kimberly, the most helpful classes blended housing development with the concrete financial process one has to go through. This is where her past financial skills came in handy to understand the specifics of nonprofit funding. One of the most important skills Kimberly has is constantly gathering input from the team around her to find solutions. After a year so greatly disrupted, Kimberly describes this ability as absolutely crucial.

“You cannot independently just sit there and think that you know all the pieces needed to make a decision,” Kimberly said. “Because you are doing work that is ultimately going to have an effect on a large community, you need to try to get a cross section of voices when you’re making decisions about things.”

Serving on the board of MACDC, Kimberly underscored the importance of the Mel King Institute in her transition from the private sector into the nonprofit world. Being a person outside of the network, Kimberly described how our training sessions, especially classes relating to housing development finance, have helped her grow and succeed in the field. Going forward, Kimberly will continue to utilize the skills gained from the private sector and from her nonprofit colleagues.

“The leadership skills that I have are richer because I’m able to apply them in different contexts,” Kimberly said. “Before when I joined Dorchester Bay, I would not have been able to really follow what was going on in some of our real estate development work beyond more of a surface level. Now I understand a lot more  about those details. So it makes my contributions to that work that much richer.”

Her communications skills came in handy right from the start of her time with Dorchester Bay EDC. After seeing the organization's lack of presence on the internet, Kimberly made it a priority to regularly update the community with updates containing the latest information. This, Kimberly describes, is consistently the best way for a nonprofit to inform its residents at-large of efforts and campaigns in the community.

“People need to know some specifics regularly about what work you’re doing in order for them to support it,” Kimberly said. “From there I thought [about] how we can tell stories about the work that we do. Those stories became highlighting residents and their leadership. It became about highlighting small businesses and what they were doing. It also became about highlighting donors and other partners who are helping make sure we can do the work that we do.”

When the pandemic hit, there was an organizational effort to preform a rapid needs assessment to the several hundred residents across Dorchester Bay EDC’s properties. This campaign was crucial to finding out the strength of the community during such a unique public health crisis, according to Kimberly. What the organization found, right at the beginning of the pandemic, was a neighborhood suddenly finding itself in despair and shock.

“What the team heard was really about a lot of despair in those initial phases when there wasn’t enough of a supportive infrastructure to help people get through those times,” Kimberly said.

Another crucial part of getting through the initial phases of the pandemic was the collective leadership of Dorchester Bay EDC. Kimberly made sure to acknowledge their Resident Services Team and their efforts to mitigate the effects of the pandemic. Since the start, the team has been distributing thousands of pounds of crucial items like fresh produce, groceries, packages, and personal protective equipment. Dorchester Bay EDC also offers many programs in small business relief and assistance, such as lending programs and technical support. This was crucial not just to the community in their service area, but to small businesses in the surrounding neighborhoods as well.

“At a certain point, we were helping businesses well outside of our service area,” Kimberly said. “Many businesses from other parts of the state were navigating through PPP applications in order to get funding from the federal government. Those are some of the ways that we needed to pivot to respond to the need we were seeing in our community.”

Over the course of the pandemic, Kimberly has adjusted her leadership style to promote and uplift the work of the colleagues around her. As with much of the work she does, the roles Kimberly has taken on in the nonprofit space have brought out the best in both herself and others. This past year only cemented that ideal further, especially in the face of constantly morphing challenges.

“I felt that I needed to draw out every best thing I had in myself to be a resource,” Kimberly said. “I wanted to enable folks on my team, that I have direct leadership responsibilities for, to do the best that they could do and be at their maximum in this moment.”